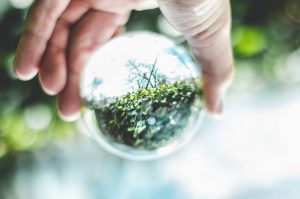 Meeting of the National Industrial Competitiveness Commission “Industry 4.0”. The importance of the circular economy in Lithuania

Yesterday, a meeting of the National Industrial Competitiveness Commission “Industry 4.0” was held, which was attended by the Minister of Economy and Innovation of the Republic of Lithuania Aušrinė Armonaitė, Deputy Minister Jekaterina Rojaka, Deputy Minister of Environment Raminta Radavičienė, and representatives of other ministries, science, business and industry.

During the meeting, APINI director prof. dr. Žaneta Stasiškienė also presented the Roadmap for Circular Economy (ŽEK), which is the result of the project “Roadmap for the Transition of Lithuanian Industry towards Circular Economy”. This is the first project in Lithuania implemented on the principle of co-creation. Politicians, representatives of the public, private and scientific sectors and non-governmental organizations, as well as experts from various fields, have gathered in a voluntary 50-member ŽEK coordination group for a successful and efficient transition of the industry to a circular economy.

Interview with dr. Edgaras Stunžėnas: APINI is a very good place for improvement

4th international conference “Sustainable Consumption and Production: How to Make it Possible”

Bachelor, it’s not too late: the 2nd stage of admission to KTU has started

Visit of the Director of Liepaja Institute at KTU APINI: new opportunities for cooperation

Interview with dr. Julius Denafas: I was waiting for the right moment for my PhDs studies

Visit of the Director of Liepaja Institute at KTU APINI: new opportunities for cooperation